In this post, we discuss Dan Pallotta's five ways the decks are stacked against nonprofits and why things need to change.

There’s two different rule books for nonprofits and for-profits, and we don’t just mean the tax code. In this post, we take a deep dive into entrepreneur, author, and humanitarian activist Dan Pallotta’s 2013 TED Talk called The way we think about charity is dead wrong. In it, he calls attention to five ways the decks are stacked against nonprofits.

The problems nonprofits seek to solve are massive, but the way many of these organizations are forced to operate keeps them tiny. Philanthropy, as Pallotta puts it, is the market for when there’s no other market coming. “Philanthropy is the market for love.” For the world to work for everyone, the nonprofit sector has to become a serious part of the conversation and they have to be able to compete on a level playing field.

The issue with the playing field

For-profit CEOs, more often than not, get paid more than nonprofit CEOs.

You’re probably not surprised to hear that, are you?

In his talk, Pallotta shares how Business Week did a study where they found that ten years out of business school, the median compensation (with bonus) for a Stanford MBA, at the age of 38, is $400,000. That same year, the average salary for the CEO of a $5M medical charity was $232,658 and a hunger charity CEO’s salary was $84,028.

Where do you think that MBA works?

Does she take the job at the for-profit or one of the charities?

In all likelihood, she’ll take the higher salary. And why wouldn’t she. It’s cheaper for her to take $100k of that $400k salary and donate it. It will save her money on her taxes. She’ll be called a philanthropist, and she'll likely sit on the board supervising the CEO of the charity.

This isn’t a perfect example, but the point is that nonprofits do not have the ability to compete for top talent when it comes to compensation. The choice between working for a for-profit and nonprofit shouldn’t be this stark. It should be more than possible, in fact it should be encouraged to make a lot of money while doing a lot of good.

In the 1990s, Pallotta’s company created the long term AIDSRidesUSA. Over the course of nine years they’ve had 182,000 participants and they raised $581,000,000. They didn’t do this with mailers. They got this many people to participate because they bought full time ads in the NYT, Boston Globe, and prime-time advertising.

True, not every nonprofit can afford this, but the idea still remains. It’s worth investing in advertising and marketing if that means you will be able to raise more, grow your organization, and increase your impact.

Often it feels as though nonprofits are discouraged from investing in advertising and marketing. It’s seen as “unnecessary overhead.” The expectation being that advertising is donated. But the goal of a nonprofit isn’t about keeping overhead down. It’s about creating a positive impact on the world.

What’s better? To give $350,000 to a cancer researcher, or give that $350k to a fundraising department and multiply that into $194,000,000 and give that to breast cancer research? (This is something Dan actually did.)

We both know the answer.

People aren’t pissed if a blockbuster flops. They might be annoyed, sure, but they won’t try to tear the company down. But, in the nonprofit space, if you take a fundraising risk, your character is called into question. Nonprofits shouldn’t be punished for taking a risk. If you can’t fail you stymie innovation. If you kill innovation, you can’t raise more revenue. If you can’t raise more revenue you can’t grow and if you can’t grow you won’t be able to make the impact that you set out in the first place to make. We need to allow nonprofits to take risks and fail.

For-profits are allowed to go years without making a profit — many household names have done this. The reason? They’re building scale. They’re growing their market share and their ability to make an even larger impact. But if a nonprofit had a dream of spending a year, or a few, building scale before focusing on impact we’d expect them to be attacked. Nonprofits need to be given the time to succeed.

For-profits, by nature, have a lock on the capital markets. As a result, nonprofits are starved for growth and idea capital.

So, what can we do today?

Nonprofits can’t compete in the capital markets. That’s a given. But they’re also discouraged from taking risks in pursuit of new customers. They can’t use money to lure talent or to scale, and they’re not able to operate on the same time horizon.

So, how are we to expect them to compete and succeed?

Harness wants to contribute to this movement. We hope that by giving nonprofits more tools that can help them compete, they can raise more money and do even more good. A focus on recurring giving, especially the ability to forecast and scale with recurring revenue, helps speak to the points Pallotta brought up, especially in regard to advertising and marketing, risk taking (as overtime nonprofits may rely less upon individual, large, “make-or-break” donations), and time.

So, give Dan’s talk (below) a watch and let’s work together to bring our annual giving GDP up from 2% — where it has been stuck for the last 40 years — 3%. The world will be better for it.

Changing the way nonprofits do business. 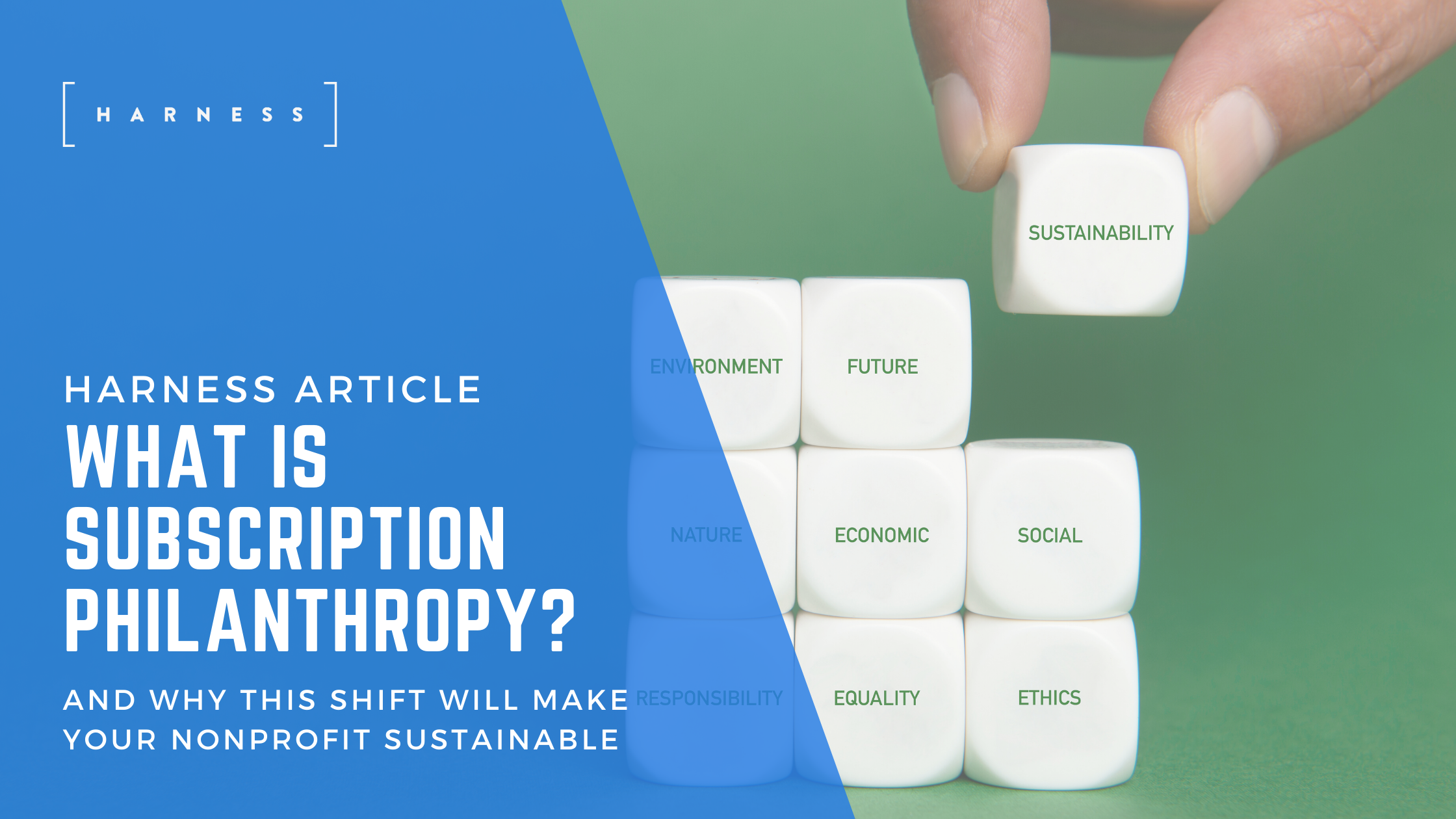 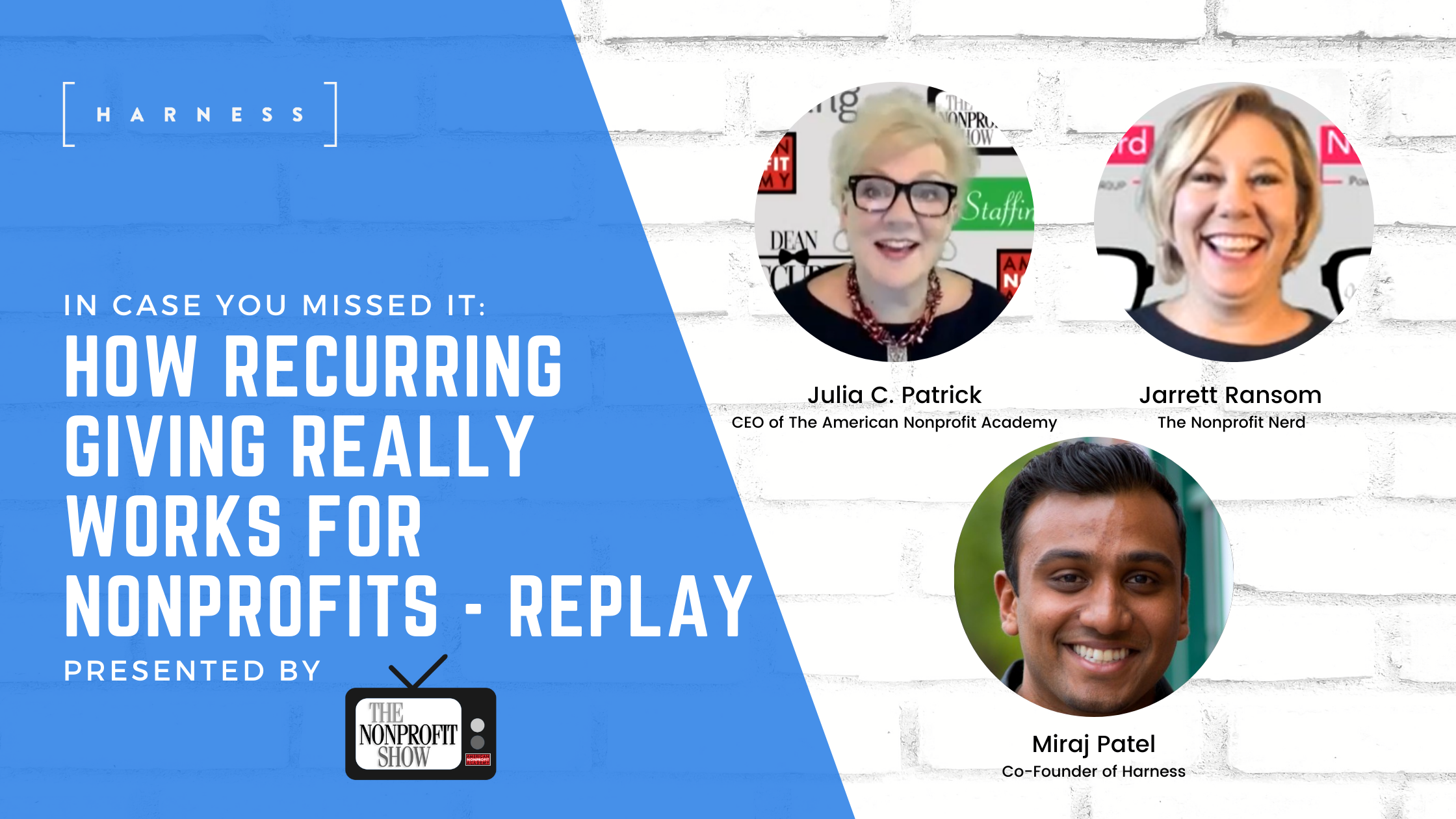 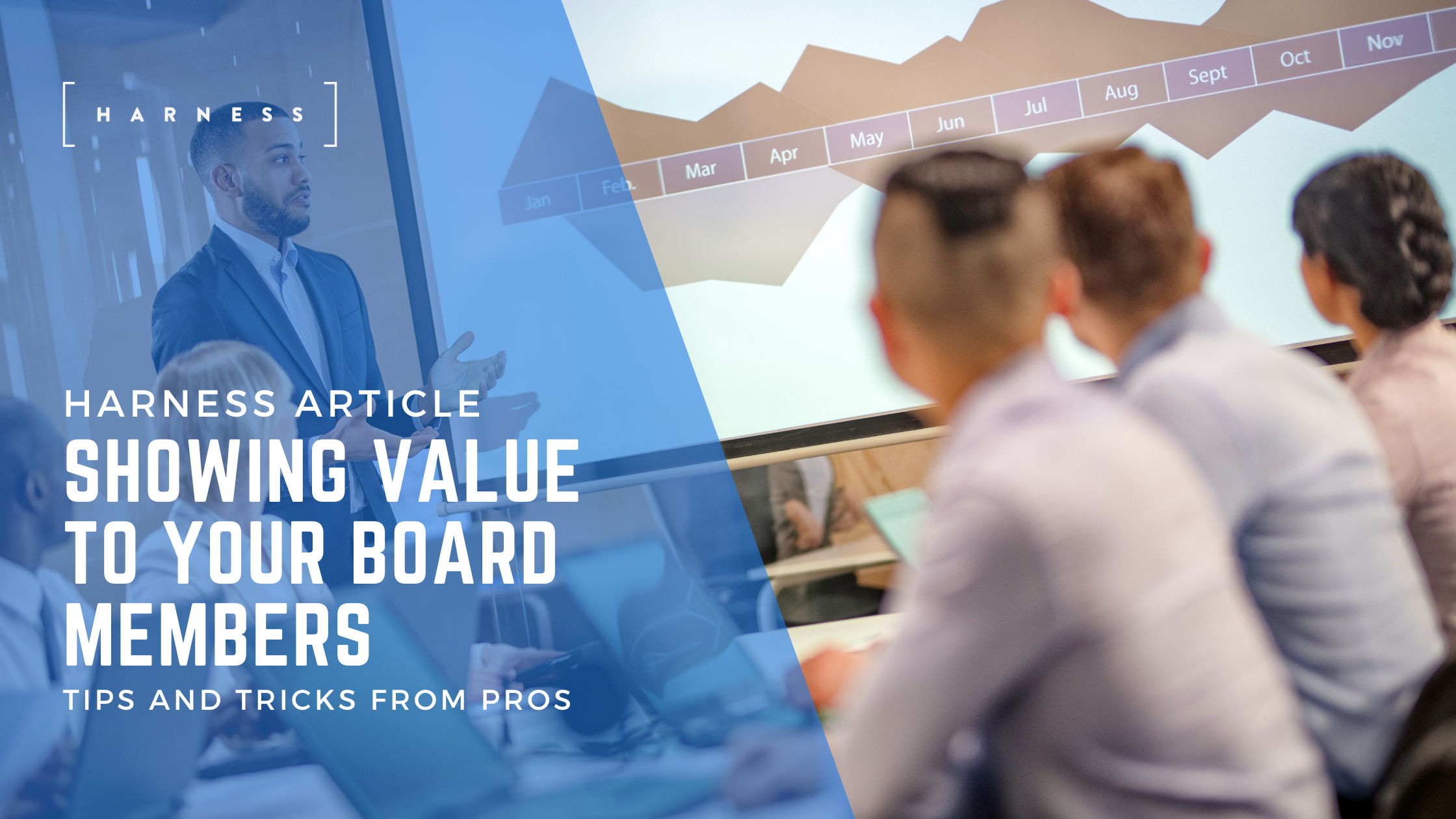